Commuters from Uttara to Motijheel know what it takes for them to reach their destination in rush hours. It is hard to believe that our urban planners couldn’t make a parallel lane to the Uttara – Motijheel road. Yes there are branch roads one through Kuril Bishwaroad and another one through Mohakhali Tejgaon – but still – Uttara to Kuril – ONLY ONE CONNECTING ROAD.

There was probably no need to write this article – but one recent incident on 14th & 15th October – Chinese President’s visit to Bangladesh is an eye opener for our urban planners. Chinese President was staying at Le Méridien Dhaka – which is located on this road. It is understandable that to ensure security for this VVIP – the security agencies needed blocking this road. But what is not understandable is that – this road is the only road through the city which connects the Northern and Southern part of the city. Not only that – the road is vital as Country’s largest Airport is located by this road. This road also connects few other Highways – such as:

Blocking this road entirely – means blocking these highways and blocking the way of Airport goers as well as blocking the commute from Uttara to Southern part of the city. This is insane!! The whole city had to suffer on those two days (14, 15 October 2016). Please have a look at the following map: 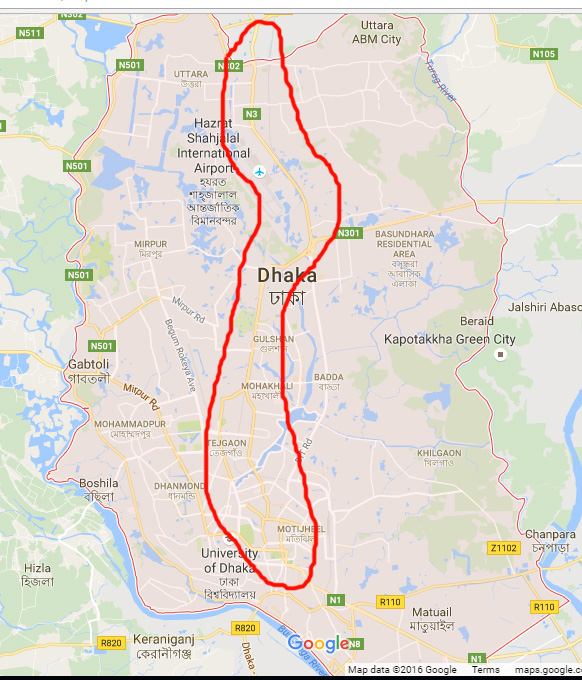 The problem on those two days were not only for North to South commuters. Since this road divides the city in two parts – East and West and people from both side needs to use this road to go to other sides – blocking this road means blocking East West crisscrossing too. 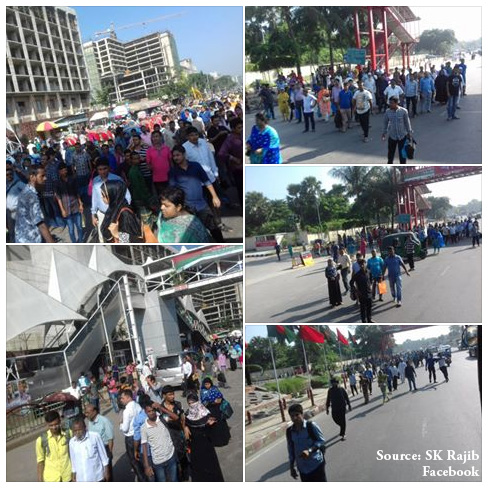 What on our policy makers’ minds go through when they plan to reside Chinese President Le Méridien Dhaka??? Couldn’t they imagine the consequences?? The VVIP not only stayed on that hotel – he had to use the road to attend all the programs and most of them were in the middle of the city.

Now this incident is an eye opener for our Urban planners to think seriously about the issue. It is understandable that not every day VVIPs will stay in Le Méridien Dhaka – but some other incidents may take place (For example, PM or VVIP Leaders are welcomed when they return from foreign trip) which can cause the road block. Moreover, in few years time twice the number of people will start living at Purbachol – so add those people in the number who will be using this road!! 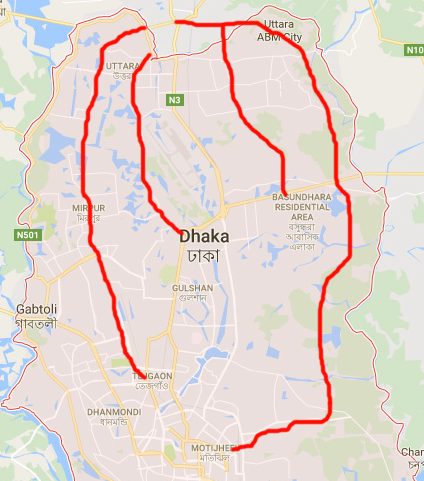 It is time Government should take this issue seriously and try to build more roads connecting North to South. We have seen building flyovers are not even working since those do not have enough connecting roads which will make room for the transportation. There are still some less occupied areas through which roads can be built. These roads will definitely help reduce the pressure on the Airport road and moreover act as redundant connectivity from north to south.

Facebook was unavailable for about an hour today. Not sure what happened but this is what I found when I tried to browse FACEBOOK.COM

UPDATE: From further search on this issue I came to know that the famous Lizard Squad (Black Hat Hacking Group) is responsible for the Facebook down issue. A huge DOS attack has taken down Facebook, Instagram and other social media sites. 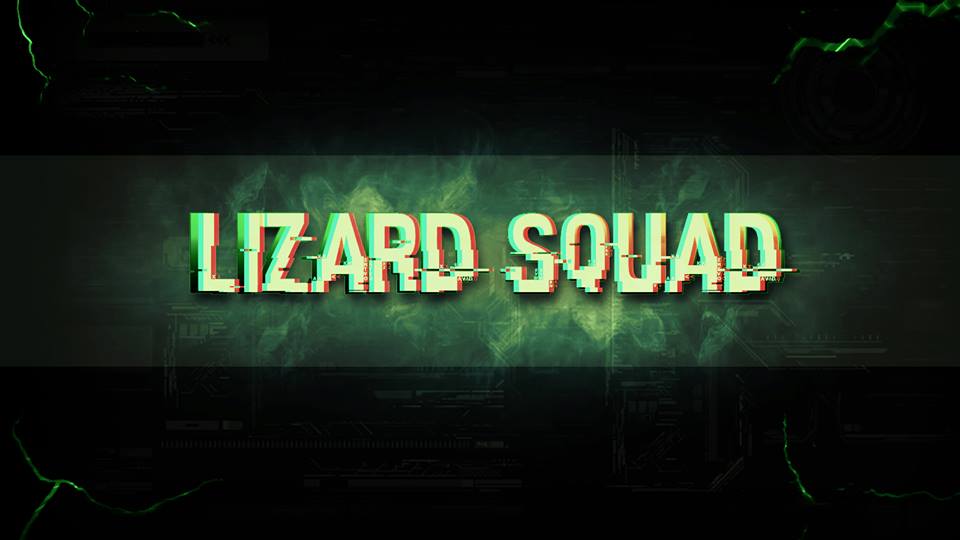 Good News! – Viber, WhatsApp, Line, Tango etc have been Unblocked. These were blocked few days back on the ground of security issues. 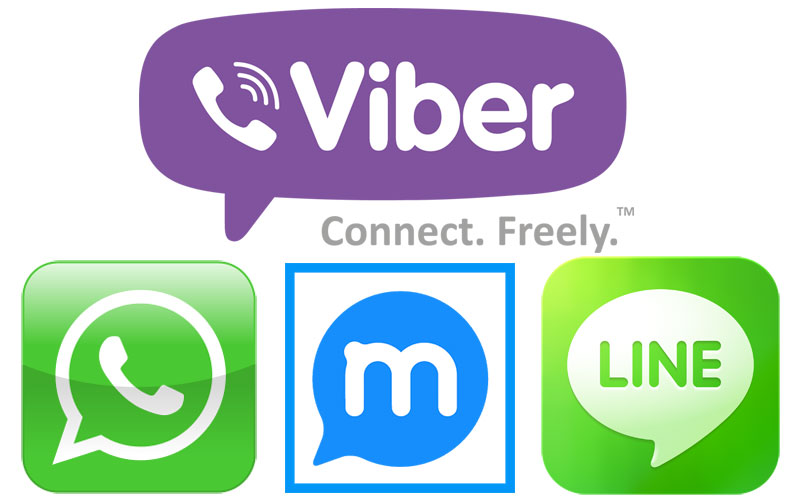 I checked this morning and all of these were working perfectly. This has happened when people were fearing ban on Facebook on same excuse. 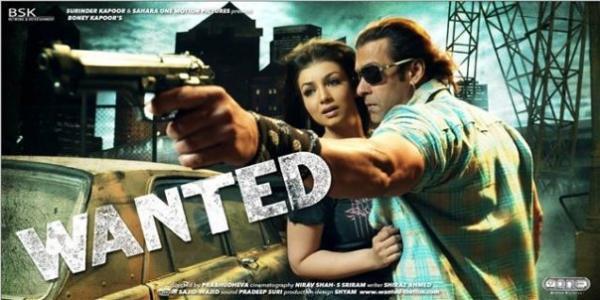 Hindi Movies will be screened in Bangladeshi theatres soon. Government has lifted the ban on screening Hindi cinema in Bangladesh. Prabhu Deva Directed Salman Khan’s Movie “WANTED” will be the first movie to be shown in Bangladeshi Cinema Halls. The screening may start right from next friday if the censor board permits.

Three more movies – Three Idiots, Tarey Zameen Par and Dhoom3 are the next three movies waiting in the list.

On the other hand – people who oppose are saying that – Hindi movies will destroy the in-house movie industry. They are also saying – Indian culture will destroy that of Bangladesh’s.

Three more instant messaging and Internet calling software got blocked in Bangladesh – just one day after blocking another popular program Viber. From an unconfirmed source – I could learn that these are blocked till 21st January with an excuse of security concern.

Although officials said these will be unblocked by 21st January – but many are fearing it will not be. The government blocked Youtube earlier a couple of years back. Many other Google services were interrupted due to this block. It took a long time for the unblock that time.

Whatever the reason for the block the Government may provide – it is never accepted positively among the users. The new generation is highly dependent on these services – which are known to be famous for their free text messaging and Internet voice calls.

Skype, Google Talk (Hangout) and Facebook calling services are still running fine but many are fearing blocks might be imposed on these too.

The Government of Bangladesh has blocked Viber and similar popular instant messaging and Internet calling services in Bangladesh. Bangladesh Telecom Regulatory Commission (BTRC) has sent a letter to all the mobile operators and International Internet Gateway (IIG) providers to shut the services of these services.

While most of the users of Mobile operators are unable to use these services – some other ISP users are still able to use Viber and those blocked services.

and wishing you all a very Happy and prosperous year 2015!! 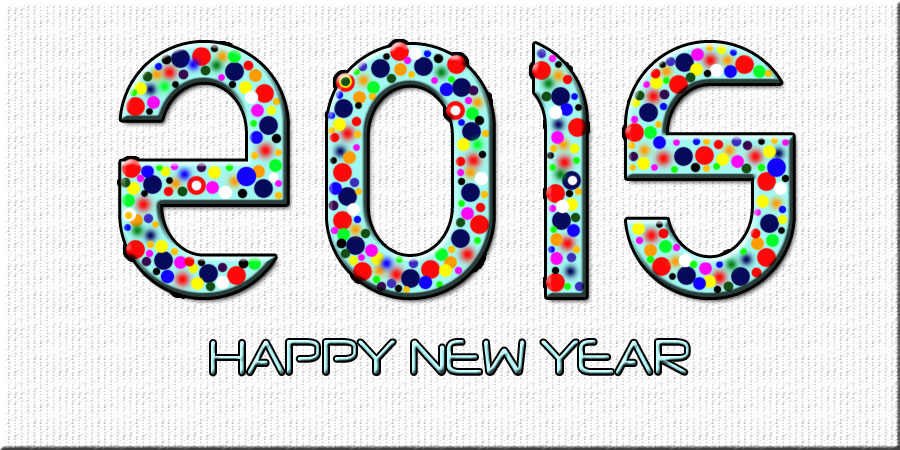 The government has been taking hard actions against some telecom operators who are purportedly using their internet facilitates for making international telephone calls. The operators are being fined millions of takas, their most valuable equipments are being confiscated and some are being banned from continuing such operations.

As a former Bangladesh Telegraph & Telephone Board (BT&T) official, I still do not understand as to why VOIP should be declared illegal in the first place. To put it simply, I understand VOIP is transmitting speech signal through the internet bandwidth. The operator is paying his rent for the internet band width. Also he is paying for the telephone line rent and call charges. Capability to transmit voice over internet band width is made possible through the advancement of signal processing technology. Why should someone be punished for using higher technology?

I recall when in the early 1980’s fax machine was introduced, BT&T used to charge an additional amount of Tk 10,000/- per fax machine. By then I left BT & T and used to have heated argument with my friends in the BT & T top management about the matter. They introduced this charging system only because they found an extra income source without contributing anything.

Today, VOIP is declared illegal as BT & T is being unable to provide cheap service which the IP service providers are contributing. If BT & T is loosing revenue because of VOIP use by the internet operators, then it is BT&T’s fault. It is like punishing a motor bike rider by a bullock cart driver as the latter cannot catch up with the former. It is single stupidity and wrongdoing by someone who is short of in knowledge. I like to ask the authorities concerned to come clean and prove that VOIP is illegal because it is harmful to the people in the way toxic drug import is illegal because it harmful to national health. Following a bad law, even if it is a law, is harmful to the nation in the long run.

I call for a national debate and let the authorities concerned defend themselves to prove what they are doing by declaring VOIP “illegal” is right.

It seems that Augere could learn something from the responses they got from their initial packages. They’ve refined their offers and it seems that they’ve started understanding what people want from them. Current packages are as follows:

Even the modem price has gone down. This was required for them to compete against the existing wireless (or mobile) internet service providers. But they couldn’t get out of the volume based offers. Five (5) Gigabytes for 1250 taka is still high. If they want to get the attention of mass internet users they need to offer something for less than 700 taka with minimum 10 GB data transfer.

1.Type “about:config” into the address bar and hit return. Scroll down and look for the following entries:

Normally the browser will make one request to a web page at a time. When you enable pipelining it will make several at once, which really speeds up page loading.

2. Alter the entries as follows:

Set “network.http.pipelining.maxrequests” to some number like 30. This means it will make 30 requests at once. (Max can only be 8, but people report 30. The 30 open connections is incorrect)

3. Lastly right-click anywhere and select New-> Integer. Name it “nglayout.initialpaint.delay” and set its value to “0”. This value is the amount of time the browser waits before it acts on information it recieves.

4. FOR XP USERS SEEKING FASTER FIREFOX LOADTIMES: Within the Firefox “shortcut” icon properties add /Prefetch:1 (outside the quotation marks) of the ‘target. For example: my target is “D:Program FilesMozilla Firefoxfirefox.exe” /Prefetch:1

Chk dis out it really works